I just stumbled across this post that I wrote in November 2010, nearly a year after Enspiral was born and it brought back a lot of memories. How odd it is that everything happened as it did, if I had read the script in advance I would never have believed it.

Why I started Enspiral

Last year I was trundling along quite happily minding my own business. I’d spend a couple of days a week contracting and the rest of the time I’d volunteer with charities like Intersect, 350 and Regeneration. I would meet lots of inspiring people who were working on creating a vibrant future and tackling some of the big problems we face in the world. I even had a no laptop in bed rule for a while, talk about work life balance!

Then I had this idea – so many people I met were incredibly skilled but lacking the time and resources to work on the projects that they were most needed on. Maybe I could help them get high paid contracting work so they would have the same flexibility I did to do the work that the world is crying out for. I had a fair amount of business experience and was quite comfortable with accounting, sales, recruiting and management so I could take away the pain of running their own freelancing business. Simple.

So in December I started talking to everyone I knew saying things like ‘I help people who want to change the world get high paid contracting work and take away some of the pain and risk of being a freelancer’. BAM – work life balance became work is my life, which is fine (for now).

In an eye blink it’s nearly a year later and we’ve got 30 something people on the books – it’s hard to get an accurate head count but 32 people have written an invoice through the company to date. Half a dozen people rely on Enspiral for their main source of income, another dozen as their principle secondary income – or something like that. Small numbers in the scheme of things but it feels like a good start. We’ll have a much better idea once the new website is finished, one of the reasons it’s taking so long is we’re building a lot of features to help allocate and track projects and availability. It won’t be very visible from the outside but it will make life a lot easier for everyone working in the company.

There are a couple of emerging trends that have influenced my thinking around the company substantially.

One  is the rise of the ‘more than profit’ business model. This company does not exist to maximize profits (even over the long term). We exist to resource people and organisations who are trying to fix the broken systems in our civilization. While financial strength is essential the demands our shareholders (me) place on the company are not measured in dollars. I believe this type of business is fundamentally more competitive than a purely for profit business and that you will see more of them in the future – especially in service based industries with minimal capital costs. It is also more efficient than a not for profit where resources are so scarce and business models are often attached as an after thought instead of being hard wired into the organisation.

Another is the growing awareness of how important purpose and meaning are in our work lives. Far too many people work in arrangements that resemble being bribed to undergo something unpleasant. How many people do you know who love their work? How many would keep showing up if they won lotto? Helping someone create the job of their dreams has many facets but I can’t imagine how hard it would be recruiting for a role that didn’t have a compelling underlying purpose at it’s core.

I never would have predicted being where we are today but this venture is without a doubt the most exciting thing I have ever done. Not because of where we’ve been (which is all a bit of a blur and not particularly interesting) but because of what we can become, time will be the judge of that though. 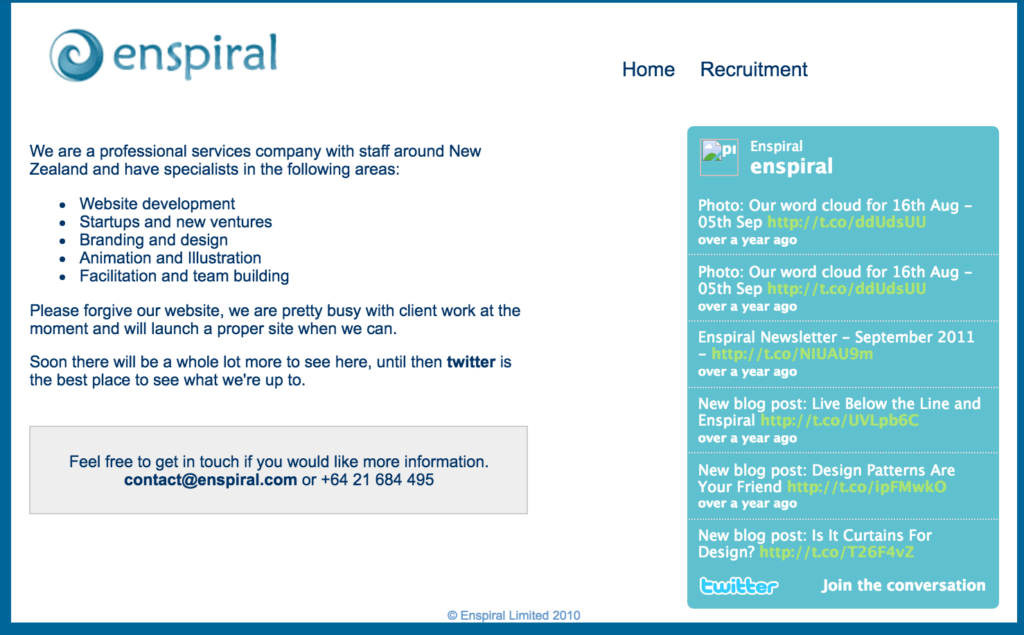 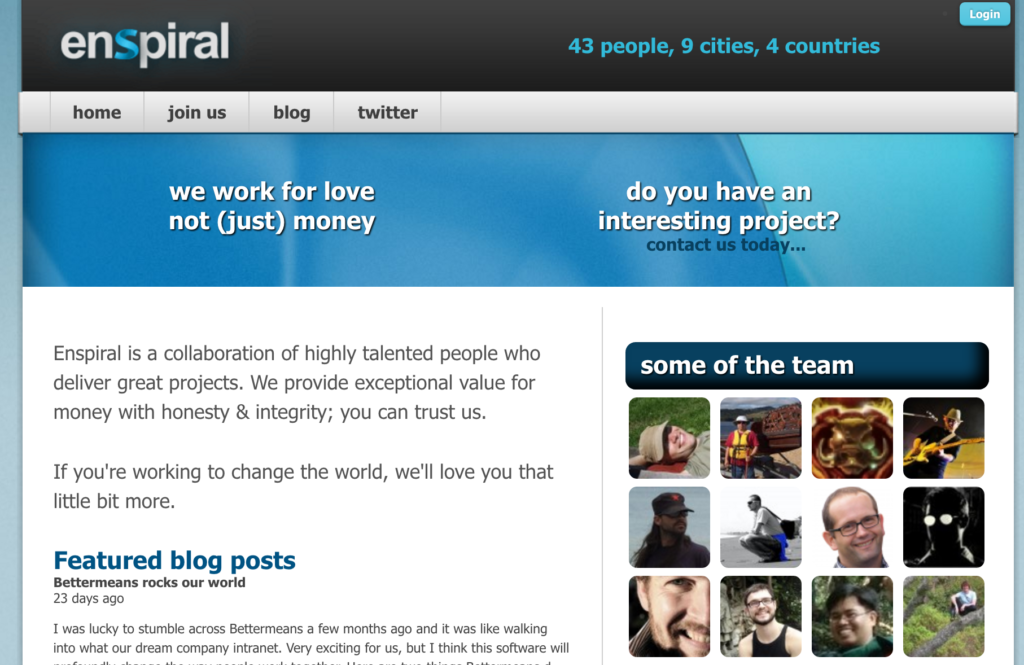 it was still 5 months before our first retreat 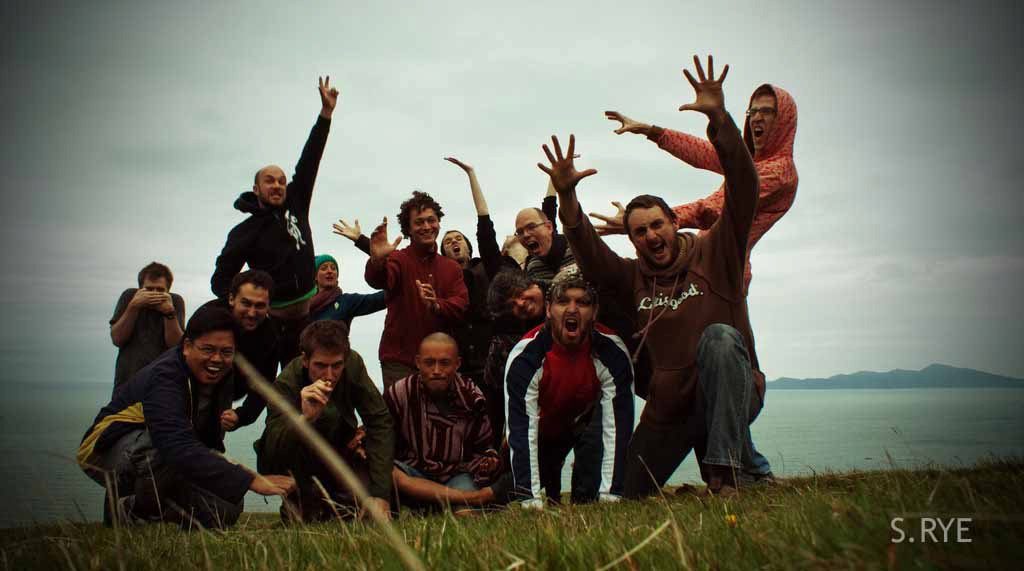 Our office looked like this (earlier photo from when we had the record of 7 people working in there at once. Yes, one person was sitting on the floor in the corner as we only had 6 chairs) 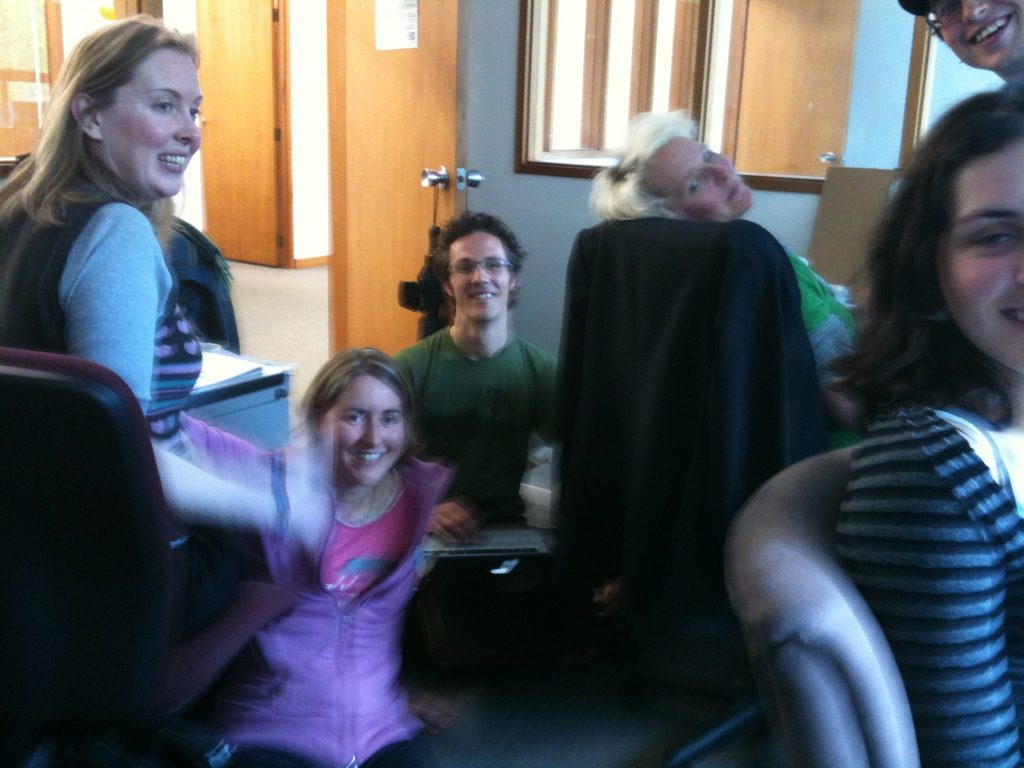 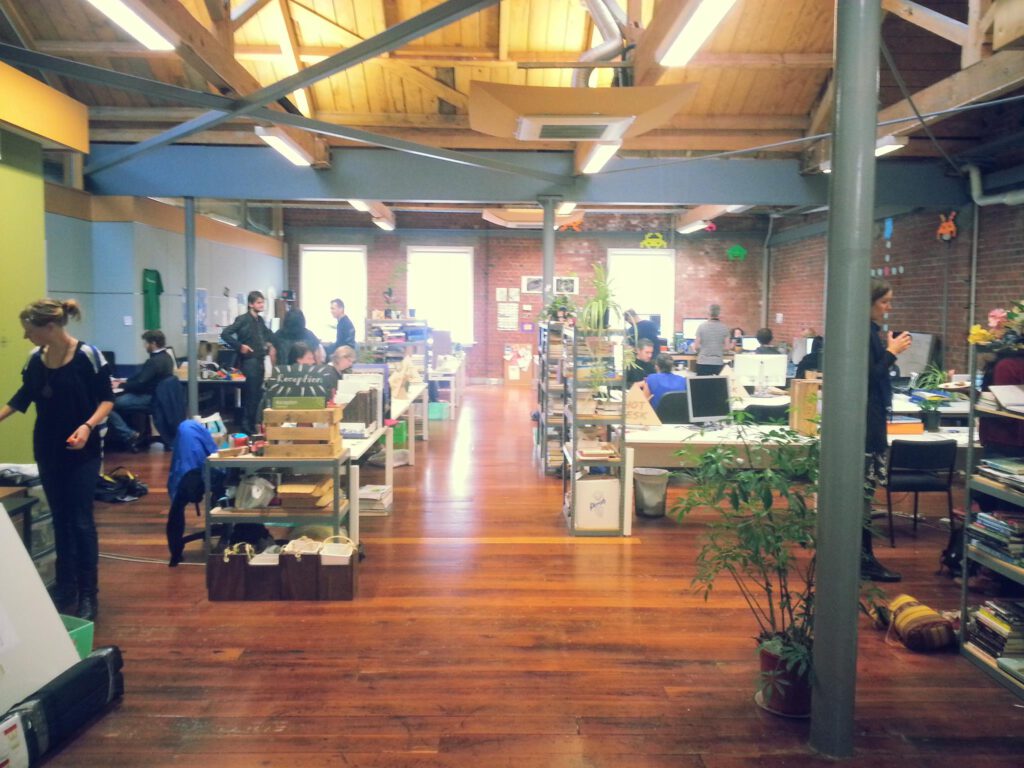 The last sentence of the post still feels pretty accurate to how I see things now, it’s nice feeling somewhat consistent with past me.

I never would have predicted being where we are today but this venture is without a doubt the most exciting thing I have ever done. Not because of where we’ve been (which is all a bit of a blur ) but because of what we can become, time will be the judge of that though.